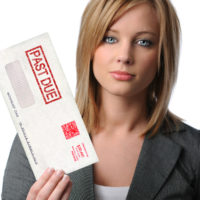 A recent opinion issued by the Ninth Circuit Court of Appeals reaffirms an important defense that may be claimed by debt collectors who are alleged to have violated the FDCPA. See below for more about the decision towards bill collector mistakes, and contact a knowledgeable Southern California fair debt collection attorney with any questions about a possible or alleged FDCPA violation.

Debt collector misstates how much debt is owed

In Afewerki v. Anaya Law Group, a debt collector filed a complaint in Los Angeles state court to collect an unpaid credit card debt. The complaint alleged the debtor owed $29,916.08, which was $3,000 more than the debtor actually owed, and claimed an interest rate of 9.965%, 0.315% higher than was actually the case. The debtor retained a lawyer and asked for a bill of particulars; in preparing the creditor’s response, an attorney discovered the error for the first time and two days later filed a notice correcting the errors.

In order to win on a claim under either act, the misstatement by the debt collector must be “material” to the “least sophisticated debtor.” Per the Ninth Circuit, “material” means something that would “affect a consumer’s ability to make intelligent decisions” or “cause the least sophisticated debtor to suffer a disadvantage in charting a course of action in response to the collection effort.” The district court in Afewerki ruled that the “modest” errors in the principal amount and interest rate owed as described in the debt collection complaint were not material, and granted summary judgment for the debt collector.

Ninth Circuit rules misstatements were material, but the debt collector cured the error under the Rosenthal Act

The Ninth Circuit disagreed with the district court, finding that misstating the amount due in the complaint could have negatively affected how the debtor chose to approach the collection efforts, such as by allowing a default judgment to be entered which would have resulted in a court order for an amount higher than the debtor actually owed. However, under the Rosenthal Act, a debt collector is not liable for a misstatement if the collector corrects the error within 15 days of discovering or being notified of the error. The attorney for the debt collector filed the notice correcting the misstated amount two days after discovering the error for the first time. The Ninth Circuit held this satisfied the Rosenthal Act cure defense and upheld the lower court’s decision in favor of the debt collector. The Ninth Circuit overturned the district court’s order as to the FDCPA claim, however, as there is no such right to cure defense under the federal law.

If you are facing debt collection in Southern California and want to explore your options, contact the experienced and passionate Ventura bankruptcy lawyers at Rounds & Sutter for a free consultation at 805-650-7100.