Components of a Letter of Intent 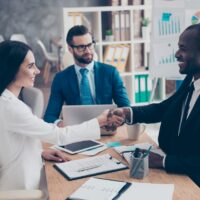 A letter of intent (LOI) is a useful business document that records the terms discussed in negotiation for a particular transaction. In many cases, the LOI is meant to be a non-binding memorialization of the parties’ current position, to be followed by a final, binding agreement. Whether the LOI is meant to be binding or not, there are a few key parts to any useful LOI. Below, we discuss the common components of LOIs in business transactions. If you need advice or representation concerning your corporate transaction, or if you are dealing with a business dispute in Southern California, call an experienced and professional business law attorney at Rounds & Sutter at our offices in Ventura, Santa Barbara and Westlake Village.

The introduction of the LOI will identify the purpose of the document, the identity of the parties, the nature of the transaction, the date upon which the document becomes effective, as well as other important preliminary matters such as the definition of various terms used throughout the document.

The LOI should include a general description of the transaction taking place and as many relevant details as the parties have already agreed upon, depending on the nature of the transaction. The LOI might state the current asking or offering price for the goods or services being transacted, although the price may change prior to the final agreement depending on future negotiations. The LOI could also set certain deadlines or an expected timeline for the transaction to help the process move efficiently.

The LOI should include a provision addressing due diligence. The parties should agree to provide information in good faith during the process so that each party can accurately assess any risks, liabilities, tax issues, pending litigation, and other matters. The LOI may set a deadline on the conclusion of due diligence in order to facilitate efficiency in the transaction.

Covenants and Other Binding Agreements

A number of sub-agreements known as “restrictive covenants” are typically included within any given business transaction. These covenants protect the parties from the harm either company might intentionally or inadvertently cause the other with information learned during the negotiation and ultimate transaction. These may include:

It’s important to clarify whether the parties wish for the letter of intent to be the final, binding agreement. LOIs are typically used as a preliminary instrument documenting the understanding of the parties, following some negotiation, as a baseline for a future written contract. LOIs are not typically meant to be the final, written agreement. They are often imprecise and ambiguous in places, and one or both parties may understand the terms in the document to be “proposed” terms rather than final terms.

In order to ensure that the LOI is not enforceable as a final agreement, it is useful to include a statement that clarifies the purpose of the LOI. Some examples that California courts have upheld as proof that an LOI should not be enforceable as a binding contract include:

Courts will look to the language in the contract as well as the prior business relationship between the parties when deciding whether to enforce the terms of an LOI. Even without the above terms, if the parties have a history of drafting non-binding LOIs followed by later, final, written agreements, then the court will likely conclude the LOI is nonbinding. For parties without a history, or for any business looking to cover all bases, it is worthwhile to include strong, specific non-binding language.

If you are negotiating a transaction, fielding a business dispute, or starting a new business, contact Rounds & Sutter for experienced legal advice and effective representation.