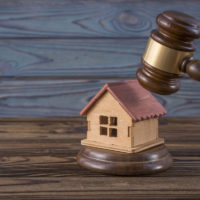 A recent ruling from the Ninth Circuit Court of Appeals, the federal appeals court that governs California law, could reduce the obligations of debtors who owe fees on current property that become due after bankruptcy proceedings have begun. Read on to learn about the case and contact a skilled California bankruptcy attorney with any questions about possible or pending bankruptcies.

In a case called Goudelock v. Sixty-01 Association of Apartment Owners, a debtor owned a condominium and owed assessments on monthly fees for maintenance, repairs, and other improvements to the property. The debtor stopped paying the assessments, filed for Chapter 13 bankruptcy in 2011, and vacated and surrendered the unit to the condominium association (CA). The CA continued to charge the debtor the monthly fees until 2015 when the mortgage lender foreclosed on the condo. The CA sued in bankruptcy court to determine the debtor’s personal responsibility to pay the outstanding assessments that had accrued between when the debtor filed for bankruptcy in 2011 and when the condo unit was foreclosed upon in 2015.

Ninth Circuit reverses, holds assessments are pre-existing debt even though they matured after bankruptcy proceedings were filed

The Ninth Circuit disagreed. Debts that arise before bankruptcy is filed (pre-petition debts) are dischargeable in a Chapter 13 bankruptcy pursuant to 11 U.S.C. § 1328(a). Under the prevailing Ninth Circuit test, a debt is pre-petition even if no claim yet exists when the bankruptcy petition is filed as long as a claimant could “fairly or reasonably contemplate the claim’s existence,” meaning the debt does or clearly will exist but no one has yet sued to collect. The Ninth Circuit held CA assessments are clearly known to the CA, and even though future post-petition assessments have not yet matured (because they are charged on a monthly basis), and are contingent on the debtor continuing to own the property, they are still debts that arise at the time the property is purchased.

The Ninth Circuit’s opinion follows a previous decision from the Seventh Circuit which agreed that CA assessments are pre-existing debt that merely mature on a monthly basis. The Fourth Circuit, on the other hand, which covers Maryland, the Carolinas, and the Virginias, has held that CA assessments run with the land and arise anew each month based on the debtor’s continued ownership of the property, and thus are not dischargeable pre-petition debt.

If you are struggling with debt in Southern California and want to know your options, contact the effective and passionate Ventura bankruptcy lawyers at Rounds & Sutter for a free consultation at 805-650-7100.