Bankruptcies on the Rise in Southern California 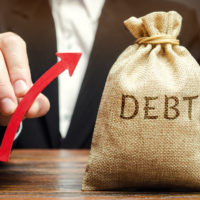 Bankruptcy is never someone’s plan for their future, and never their first option when financial troubles arise. It can be unpleasant to face the economic reality that bankruptcy is the best remaining option. However, bankruptcies are incredibly common and are not the permanent scarlet letter that many fear them to be. Bankruptcy is a useful legal tool designed to help overwhelmed debtors get a new lease on their financial futures. Moreover, the economy appears to be in a perilous condition right now, and more and more people across the U.S. and in California, in particular, are finding bankruptcy to be the best route to regain financial stability. Recent data shows the current rise in bankruptcies in Southern California, exceeding both the national and statewide rate. While an increase in the number of bankruptcy filings is not a great sign for the economy, it is a reminder that if you are struggling with debt, you are not alone. A knowledgeable Southern California debt relief attorney can help you determine if, like thousands of other debtors in Southern California, bankruptcy is right for you.

If you or your company are struggling with debt and considering bankruptcy, please contact Rounds & Sutter for a free consultation. With offices in Ventura, Santa Barbara, and Westlake Village, we represent clients throughout Southern California, offering smart, compassionate legal counsel in the face of life’s challenges.

By Rounds & Sutter LLP | Posted on July 31, 2019
Skip footer and go back to main navigation