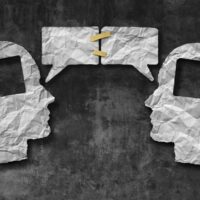 We’ve all heard the old adage that “a man is only as good as his word.” Some people still like to reminisce about the “good old days” when a person’s “handshake was as good as a contract.” As business law attorneys with years of experience representing clients in commercial litigation and other disputes, we are skeptical as to whether such “good old days” ever truly existed. We are bigger fans of the maxim, “get it in writing.” If you or your company did enter into an agreement without a written contract, however, is that agreement legally binding? Read on to learn about the circumstances under which a verbal contract may be enforceable. If you need assistance with a business transaction or are facing the prospect of business litigation, talk to a qualified and effective Ventura business law attorney.

Whether verbal contracts are binding and enforceable is a matter of state law. California law imposes a blanket rule that permits oral contracts unless there is a specific statute noting that that type of contract must be made in writing. That means that when you have reached an agreement that otherwise satisfies the rules for the formation of a contract, and which is not specifically listed as an exception to the general rule, then you do indeed have a valid contract.

Moreover, if one party tricks the other party into not having a written contract, then a verbal contract may be enforceable even if it normally would require a written agreement.

Which Contracts Cannot be Verbal?

Certain types of contracts cannot be verbal. California law lists out these contracts in a civil code section commonly known as the “Statute of Frauds.” The following types of agreements must be in writing to be enforceable, with limited exception:

Other Common Reasons to Invalidate a Verbal Contract

In addition to the specific types of contracts that cannot be verbal, there are other issues that may invalidate any contract, but which are more common in oral agreements. A contract may be invalid if:

Get Dedicated Help from a Southern California Business Law Attorney

If you are forming a new business in Southern California or need advice or assistance concerning any business matter, contact Rounds & Sutter for sound legal advice and effective representation.